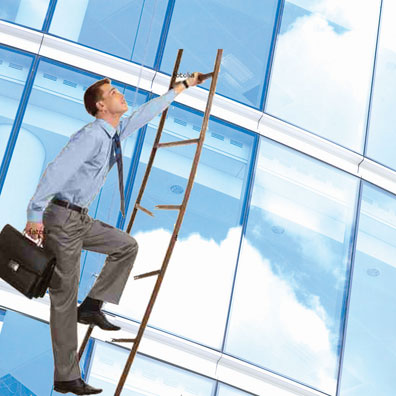 A POSITION OF RELATIVE IMPORTANCE

A new comedy by Hal Borden

Frank Truman has a masters in philosophy from NYU, lives at home, and boasts “barista of the month” as his greatest professional achievement. His attempts to climb the corporate ladder are thwarted when potential employers do an Internet search: his name has been co-opted by the cantankerous retiree Joseph Silverman, author of a controversial blog. When Frank tracks down Silverman and begs him to adopt another nom de screen , the old man offers a different kind of help: a job interview at a mysterious company. It’s then we see how far an ambitious young man will go to land a job he knows nothing about.

HAL BORDEN earned a master’s degree in Screenwriting from the UCLA School of Theater, Film & Television, where he won the Hal Kanter Comedy Writing Award. A Position of Relative Importance shared first prize at the 2013 FutureFest Festival of New Plays in Dayton, won top honors at Penobscot Theatre’s Northern Writes Festival, and was a finalist in new play contests at Abingdon Theater (NYC), Bloomington Playwrights Project (IN), and Tangent Theatre Tivoli (NY), among other honors. Borden, the proud father of two dachshunds, writes – and practices trademark law – in Philadelphia. He will attend the Sunday performance.

ADMISSION IS FREE, ALTHOUGH DONATIONS ARE WELCOME.

Reservations requested at (216) 393-PLAY; or interplayjewishtheatre@gmail.com

September 15, 2014 Divided Among Themselves by Hank Kimmel

Co-produced with Cleveland Public Theatre, in honor of Gay Pride Month and part of the Maltz Museum’s Begin the Conversation project.

Written by some of America’s most prominent, current playwrights, nine vignettes provide an evening of enjoyment and laughter, promoting gay marriage rights and exploring our evolving (and sometimes not) society.  Also on the table: a fabulous reception!

Produced and directed by Faye Sholiton

At the Maltz Museum of Jewish Heritage

Sixteen-year-old Rachel Stein is having a bad year. Her father hasn’t changed out of his pajamas since 9/11. Her mother has begun a close, personal relationship with Jesus. Her new neighbor, a 16-year-old Elvis impersonator, has fallen for her, hard. And the Apocalypse is coming Wednesday. Her only hope is that Stephen Hawking and Jesus will save them all.

Deborah Zoe Laufer is winner of the Helen Merrill Playwriting Award, the Lilly Award and an ACTA Steinberg citation. END DAYS has received more than 50 productions worldwide and has been translated into German, Russian and Greek. Other titles include: Leveling Up, Sirens, Out of Sterno, and The Last Schwartz.

Be sure to see the world premiere production of her play Informed Consent, April 25-May 18, part of the 2014 New Ground Theatre Festival at Cleveland Play House.

Reservations for readings at Dobama: interplayjewishtheatre@gmail.com

September 15, 2014 Divided Among Themselves by Hank Kimmel

Observing Arab-American History Month at the Maltz Museum of Jewish Heritage as part of their “Begin the Conversation” project.

A tense drama unfolds when Intisar, a veiled, African-American Muslim student arrives to spend a year at the American Egyptian University in Cairo. There she meets Samar, her liberal Egyptian roommate who has no use for the veil. Along the way, both women become embroiled in the Arab Spring uprising. Against a tumultuous political landscape, they attempt to find their footing, only to discover they are on opposite sides of a bitter and dangerous cultural divide.